Olivia Rodrigo is a seventeen-year-old actor and singer (known for her role as Nini Salazar-Roberts on the Disney+ series High School Musical: The Musical: The Series) who has soared to fame after releasing her song “Driver’s License.” The song is currently the number one song in the world and Billboard charts called it one of the”most dominant number one [songs] in the last thirty years.” Rodrigo’s hit got 76 million streams alone in the first week of its debut.

Much of the success of “Driver’s License” has been contributed to the drama surrounding the song and a love triangle between Olivia Rodrigo, her ex-boyfriend Joshua Bassett, and Sabrina Carpenter (the presumed new girlfriend). Before getting into this, it is important that Olivia Rodrigo gets the recognition she deserves excluding the drama because her song is quite literally, an anthem for Gen Z.

The star of Disney+ series High School Musical: The Musical: The Series has a nostalgic feel to her as millennials worshipped the early 2000s “High School Musical” movie series, including hit songs like “Breaking Free” and “Bet on It.” Olivia Rodrigo’s song is everything that millennials have been craving as the lyrics about teen breakup and heartache seem to be universally relatable and spark the interest of a former generation invested in Disney and the singer, Taylor Swift. In fact, it is Olivia Rodrigo’s songwriter that sets her apart. While she holds a powerful voice, her writing is passionate, soulful, and inspiring. She wrote, “he’s perfect on paper, but he’s lying to my face…. does he think that I’m the kind of girl who needs to be saved?” in her previously released single in 2020, “All I Want.”

In Driver’s License, it is the lyric, “you’re probably with that blonde girl,” that sparked rumors of a Disney love triangle. Olivia Rodrigo and her costar, Joshua Bassett, were believed to have started dating in 2019 while their on screen characters, Nini and Ricky, were also falling in love. However, they broke up in the summer of 2020 it appears as Rodrigo captioned her video on Tik Tok, “you think you can hurt my feelings? I wrote this song,” as she played “All I Want.” She also posted a picture with her friend posed in t-shirts with the words, “dump him.” Immediately after, Joshua Bassett is rumored to have started dating Sabrina Carpenter, a former Disney Channel star in “Girl Meets World” who is now a current pop star. When Rodrigo “Driver’s License” debuted, fans immediately believed the “blonde girl” she mentioned in her song to be Sabrina Carpenter. Since then. Rodrigo’s song has attracted widespread attention

Joshua Bassett responded to Rodrigo’s “Driver’s License,” by posting on his Instagram story that everyone should go stream the song. However, he then released a song called “Lie Lie Lie,” which was apparently written prior to 2020, but yet fans can’t help notice the song’s message about betrayal and deceit, perhaps a jab towards his former costar. Sabrina Carpenter has now released her song, “Skin,” which appears to be a more obvious clapback towards Rodrigo. She sings, “maybe we could’ve been friends if I met you in a different life” and “maybe you didn’t mean it, maybe blonde was the only rhyme” as a reference to Rodrigo’s famous lyric.

Some fans believe Carpenter’s new song is a bit spiteful due to her lyrics “you can try
to get under my, under my, under my skin while he’s on mine,” implying a bit of sarcasm towards Rodrigo when the “Driver’s License” singer had only complimented Carpenter in her song. Now, Sabrina Carpenter and Joshua Bassett are rumored to be releasing a song together soon called “We Both Know.” With all this drama, one thing is for sure- these pop stars are making quite a lot of money from this ordeal.

Olivia Rodrigo song, “Driver’s License,” still ranks number one on the charts as of the week of January 24th, 20201. You can stream the song on Apple Music, Spotify, Youtube, Pandora, and more- go check it out!

welcome to my blog! 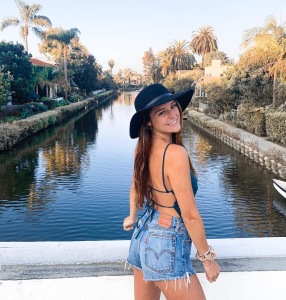